Manchester United’s caretaker boss Ole Gunnar Solskjaer has praised the efforts of goalkeeper Sergio Romero during the club’s FA Cup exit at the hands of Wolverhampton Wanderers. The Red Devils had the opportunity to reach the semi-final stage of the competition for the second season running, but that was not meant to be after Wolves outsmarted them by a 2-1 scoreline at the Molineux Stadium. 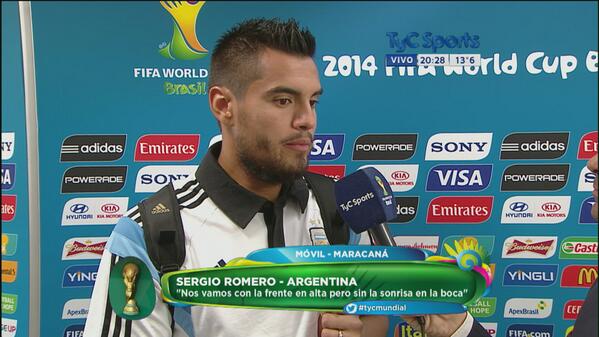 Speaking after the game, Ole reserved special praise for the performance of Romero between the sticks against the west Midlands side. The Argentina international has solely featured in the Cup matches this term, but he managed to produce a strong performance with a couple of top-notch saves to deny Wolves at 0-0.

“Sergio made some fantastic saves – he’s played really well again. But that’s disappointing because they had the better of the chances. They deserved the win. Sergio kept us in the game with a fantastic performance from him again but we never put their keeper under pressure,” he was quoted as saying by the club’s official website.

With the outcome, United have stumbled to defeats in successive matches across all competitions while they have squandered their best chance to secure silverware for the campaign. They still have the chance of celebrating trophy success through the Champions League but the challenge remains stiff with Barcelona to contend during the double-legged quarter-final.

Elsewhere, they are trailing in the top four race by a couple of points but they have the opportunity to put things right during the final eight games of the season. At the present moment, Ole’s team remain one of the best performing teams since the turn of the year and they could yet capitalise on the poor run of form from Tottenham Hotspur to propel into the Champions League positions.