Manchester United take on Leicester City this weekend hoping to achieve a third consecutive win by a 4-0 score. 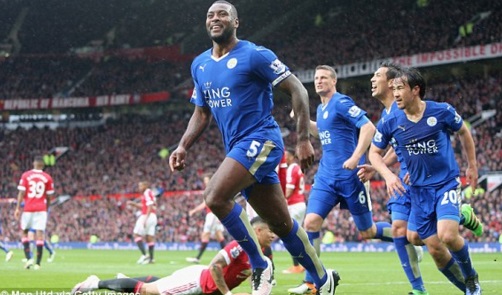 The club have opened the campaign with wins over West Ham and Swansea by the same score. It has already made me United is one of the title favourites, as the club appear to be strong in almost every regard. New signing Romelu Lukaku has been able to score three goals in his opening two matches. As a result, there is plenty of interest surrounding the game against Leicester City, and this will be shown live on TV. BT Sport will be in charge of the live content for this game.

Sky Sports enjoyed monopoly in the Premier League for a long time, but the entry of BT Sport has been a key factor behind driving up the Premier League TV revenues to record highs. As a result, United have been benefiting from the TV money which will be in excess of £ 100 million for all clubs. United have spent more than £ 150 million on several new players in the summer.

Even though the spending is pale in comparison with Manchester City, who have splashed down £ 222 million so far, it is still a commendable figure to strengthen the team. Leicester City have also spent money on bringing in new players this summer.

The match is at Old Trafford and this was the scene of several draws for United last season. This time around, the club’s attacking strength seems far superior. While the addition of Romelu Lukaku has been important for this aspect, the unsung hero has been the addition of Nemanja Matic in the centre of the park. The Serbian has allowed midfielder Paul Pogba and Lukaku to have a freedom when it comes to expressing themselves on the pitch without having to worry about defending.