English champions Manchester City are through to the FA Cup quarterfinals after they saw off Championship outfit Peterborough United in their fifth round tie. Peterborough United were the bottom team in the English Championship ahead of the visit of the Citizens, but they were able to keep the Premier League holders at bay for the first hour before they scored two goals in seven minutes to win the game. 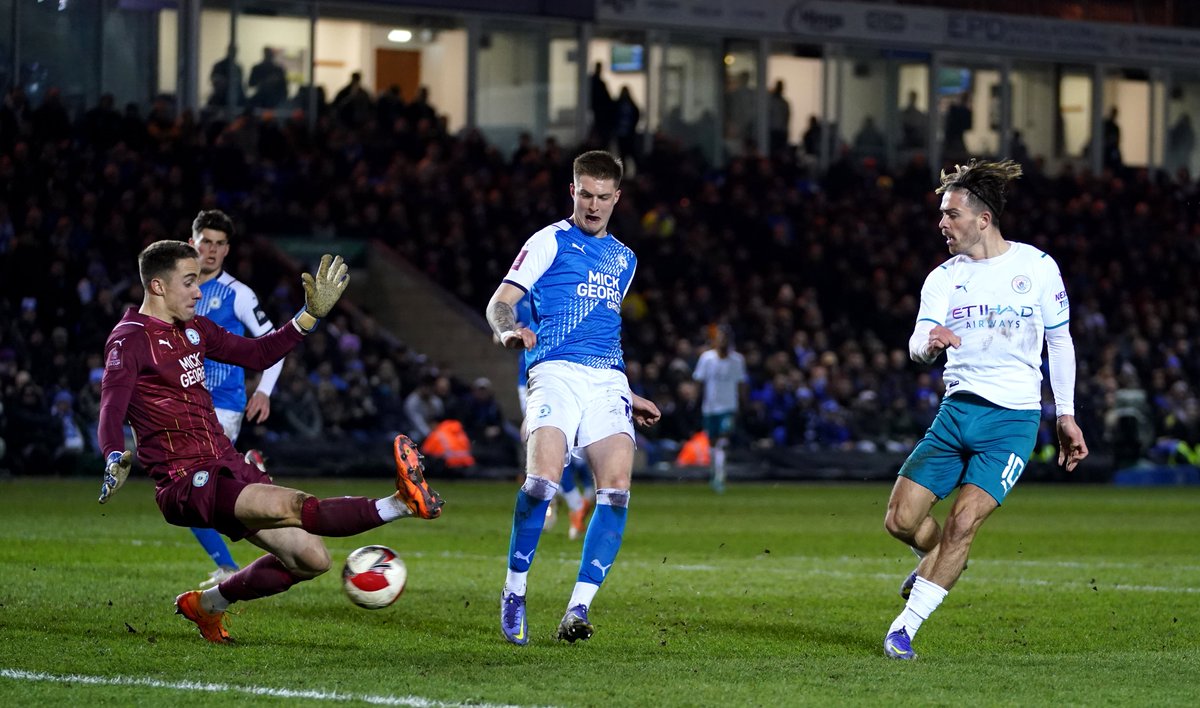 Manchester City manager Pep Guardiola left out some of his first-team players such as Kevin De Bruyne, Raheem Sterling, Rodri Hernandez and Bernardo Silva from his starting XI for the Peterborough United game, but the team still had more than enough quality to win the game. Peterborough United frustrated Manchester City in the first half and for the first third of the second half before Algerian international RiyadMahrez broke the deadlockfor the visitors on the hour mark. England international Jack Grealishadded a second goal seven minutes later to seal the win and send his team to the last eight of the current FA Cup campaign via a 2-0 away win over Peterborough United.

With the away win over Peterborough United, Manchester City have now won their last two matches in all competitions on the back of the stunning defeat at home to North London club Tottenham Hotspur. Manchester City were beaten 3-2 by visitors Spurs with previous transfer target Harry Kane netting two goals in the second half. New signing DejanKulusevski scored the other Spurs goal, while IlkayGundogan and RiyadMahrez were on target for the home team. The home defeat to Tottenham Hotspur blew the Premier League title race wide open.

Manchester City can take their current winning  run to three games in all competitions if they beat Manchester United in their Manchester Derby clash in the league at the weekend.